Soldiers from the 1123rd Sapper Company are wearing Santa hats as they deliver supplies to storm victims, which the guard says are "leadership-approved"

The soldiers are also doing welfare checks in storm-ravaged areas like Mayfield.

The soldiers are wearing Santa hats to bring some extra holiday spirit to places that really need it.  The guard did note, the Santa hats are “leadership-approved.” 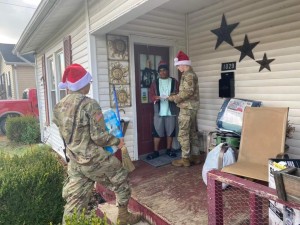 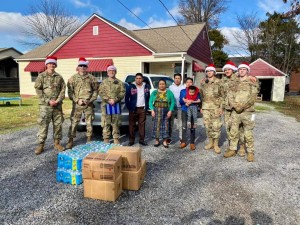 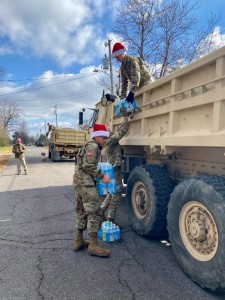