UPDATE: Arrests made in Food City theft in Whitesburg

WHITESBURG, Ky. (WTVQ) – Two people were arrested in connection to a theft of more than $500 from a Food City in Whitesburg and admitted to the crime, according to Whitesburg Police.

Investigators say Thomas Starks and Rhonda Roberts, both of Robinson Creek, had 14 arrest warrants combined out against them and were considered fugitives statewide.  Police say the two face 17 total criminal charges. 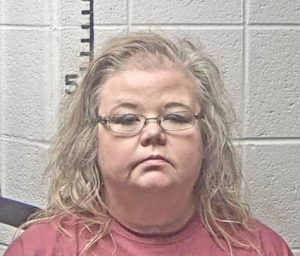 WHITESBURG, Ky. (WTVQ) – Whitesburg Police released a security camera image of two people wanted in connection to the theft of more than $500 worth of merchandise from the Food City in Whitesburg.

Anyone with information about the case or the identity of the suspects is asked to contact Whitesburg Police at 606-633-2737.  People can remain anonymous.