ROCKCASTLE COUNTY, Ky. (WTVQ) – In Rockcastle County, the Great Saltpetre Preserve is home to a historic limestone cave once mined for saltpeter which is a vital component of gunpowder. The cave is now closed to visitors except for an annual Open House which took place over the weekend. It was the first time the public was invited back in two years.

“Open House is the once a year time that we open the cave up to all visitors,” explained Neena Jud, corresponding secretary with the preserve.

Jud first got involved with the Great Saltpetre Cave some 40 years ago after her husband brought her there on a first date.

“We would come back throughout the years and once the caving community had management of the preserve, we started getting involved,” said Jud.

The last time visitors could see the cave was in 2019 when Jud says some 4,000 people came over two days.

In addition to mining saltpeter to make gunpowder which was shipped to Lexington during the War of 1812, Jud also showed off the Echo Auditorium where Renfro Valley’s founder John Lair, during his ownership, held large events. The late 90’s movie “Fire Down Below” even featured the room as a scene where illegally disposed hazardous chemicals was stored.

“We love sharing the cave with the community. It’s been an important part of their history,” explained Jud.

Today, visitors can squeeze through the Pinch Em Tight alley and experience the historical site which Rockcastle Karst Conservancy now owns to ensure the cave’s rich history is preserved for future generations.

If you missed out on tours for 2022, the next Open House will take place the weekend after Mother’s Day in 2023.

For more information on the Great Saltpetre Preserve, click HERE. 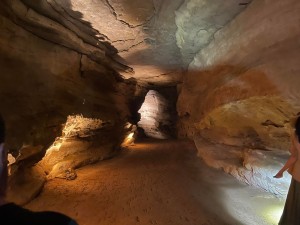 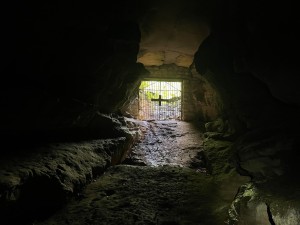 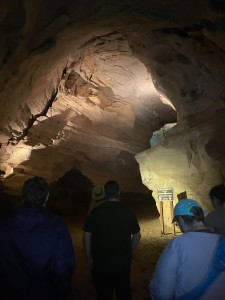 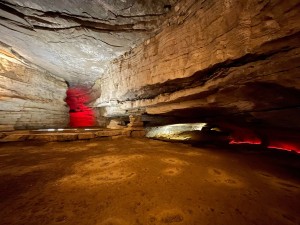 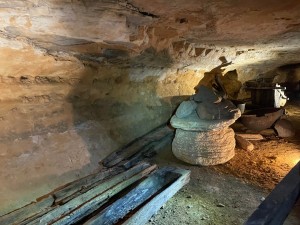 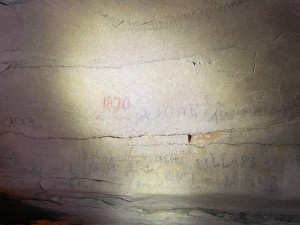 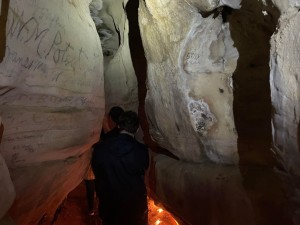 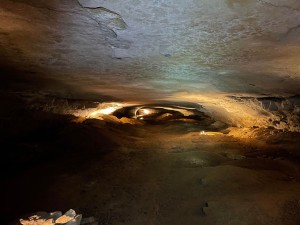