Ibrahim Muhammed appeared in Franklin County Circuit Court on Oct. 29 at 9 a.m. During his appearance, he entered a not guilty plea on all charges .

No pretrial date has been set.

FRANKFORT, Ky. (WTVQ) – The 23-year-old man indicted in the Sept. 30, 2021 deaths of two women in a suspected arson fire lived in the apartment building nearby, according to the indictment handed down by the Franklin County Grand Jury this week.

The case against Ibrahim Abdul Muhammed was presented to the grand jury Tuesday by ATF agent Sarah Decker, according to Circuit Court records. Muhammed, who is being held on a $1 million cash bond, lived at 804 Leawood Drive, Apt. 9, at the time of the fire in Leawood Square apartments., according to court records.

The indictments include two counts of capital murder in the deaths of 21-year old Zephany Rushin, of Frankfort, and 20-year old Quiana Danyel Miller-Walker, arson in the setting of the fire, five counts of wanton endangerment for residents of the building and first-degree assault on a man named David Gambrell. The indictments give no details of how the fire was started, if or how he knew the victims, a motive or other details.

FRANKFORT, Ky. (WTVQ) – A man was arrested Thursday and charged in connection to a deadly apartment fire in Frankfort last month.

Ibrahim Muhammad was charged with Murder, Arson 1st Degree, Assault 1st Degree and Wanton Endangerment 1st Degree, according to the Franklin County Regional Jail website.  He was being held on a $1 million cash bond.

A Tweet from the ATF in Louisville says evidence was developed during an investigation into the Leawood Square Apartment fire on Sept. 30, 2021 in Frankfort that found the fire was the result of an intentional criminal act.  The Tweet says the ATF in Louisville, Kentucky State Police and Frankfort Police were involved in Muhammad’s arrest.

LEXINGTON, Ky. (WTVQ) – Sunday night, around 50 loved ones gathered in Jacobson Park to celebrate a life lost too soon.

Quiana Danyel was a teacher and mentor at Innovation Arts Academy. Mary Joy Nelson, executive director at Innovation Arts, says some of Quiana’s students wanted to honor “Miss Quiana” with a song at the balloon release. Nelson says Quiana had a strong presence and an ability to demand respect in a room.

“She just had a wonderful, commanding presence that was still full of love. Students loved her and respected her at the same time,” says Nelson. “She had a natural gift for teaching and her passion was infectious. She really helped a lot of our students find their confidence and learn to love what they do as much as she does.”

Quiana’s students wanted to do even more in her honor to keep her memory alive. Nelson says by fall of 2022, the Quiana Danyel Miller-Walker Scholarship will be started, where drama and music teachers can nominate a student to be financially supported for classes at the Innovation Arts Academy.

“We really want it to go to a student who loves the arts and is passionate about the arts like Miss Quiana was and who’s going to bring that joy and that passion and that beauty that she had and has and has instilled in our students,” says Nelson.

Innovation Arts is dedicating its upcoming show of “Into the Woods” to Quiana. Nelson says the best thing for everyone to do right now is to remember her well and keep her close in their hearts.

FRANKFORT, Ky. (WTVQ) – The two people who died Thursday in an apartment building fire in Frankfort have been identified.

The Franklin County coroner identified  the victims as 21-year-old Zephany Rushin, of Frankfort, who died at the scene.

And, 20-year old Quiana Danyel Miller-Walker, also of Frankfort, who died at the hospital.

Investigators say several other people were injured, including one victim who was taken to the University of Louisville Hospital Burn Unit.

The cause is still under investigation.

FRANKFORT, Ky. (WTVQ) – Two people are dead after an apartment fire in Frankfort, according to Frankfort Mayor Layne Wilkerson.

The mayor said when firefighters responded to Fieldstone at Frankfort Apartments around 8:30 Thursday morning, flames were shooting from the roof.

According to the mayor, two people are dead and one was taken to the Louisville burn center.

The fire chief on scene tells us 6 people have minor injuries.

Yolunda Parker lives across the street from the apartment that caught fire. She said she heard her neighbor screaming for help and trying to jump out the third floor window.

“She was hollering, “help, help me, help me,” Parker said.

She said  she panicked, but immediately sprang to action.

“I ran over there, I said, ‘you can jump in my arms; I’ll try to catch you,’ but that didn’t happen, so I got scared and ran over here and got a guy and he went back over there and she jumped out of the window.”

The man who rescued her said he was slightly injured catching the woman, but said it was worth it.

Sarah Smith also saw everything unfold, including seeing one of her neighbor’s horribly burned.

“His skin was melting off of him,” Smith said. “The fire – he tried to come out and the fire was just melting his skin straight off from his body.”

Smith and Parker said it was devastating. They knew the people who died.

“I slept through all of it until she came banging on my door to tell me,” Smith said. “Iit could have been our building.”

No first responders were injured, according to the chief. 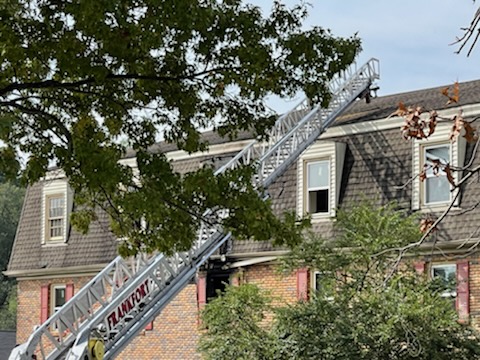 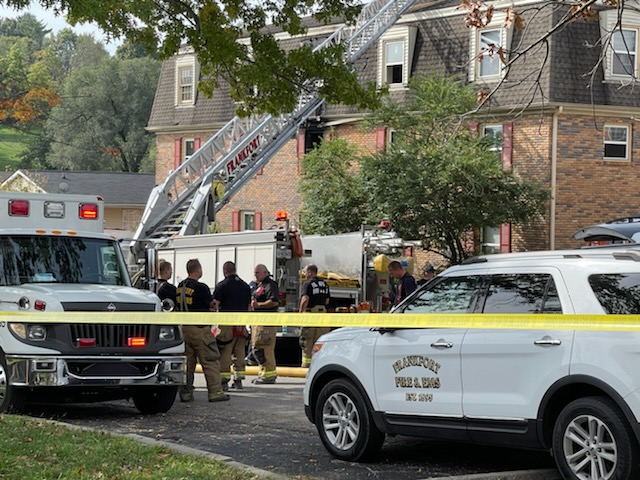 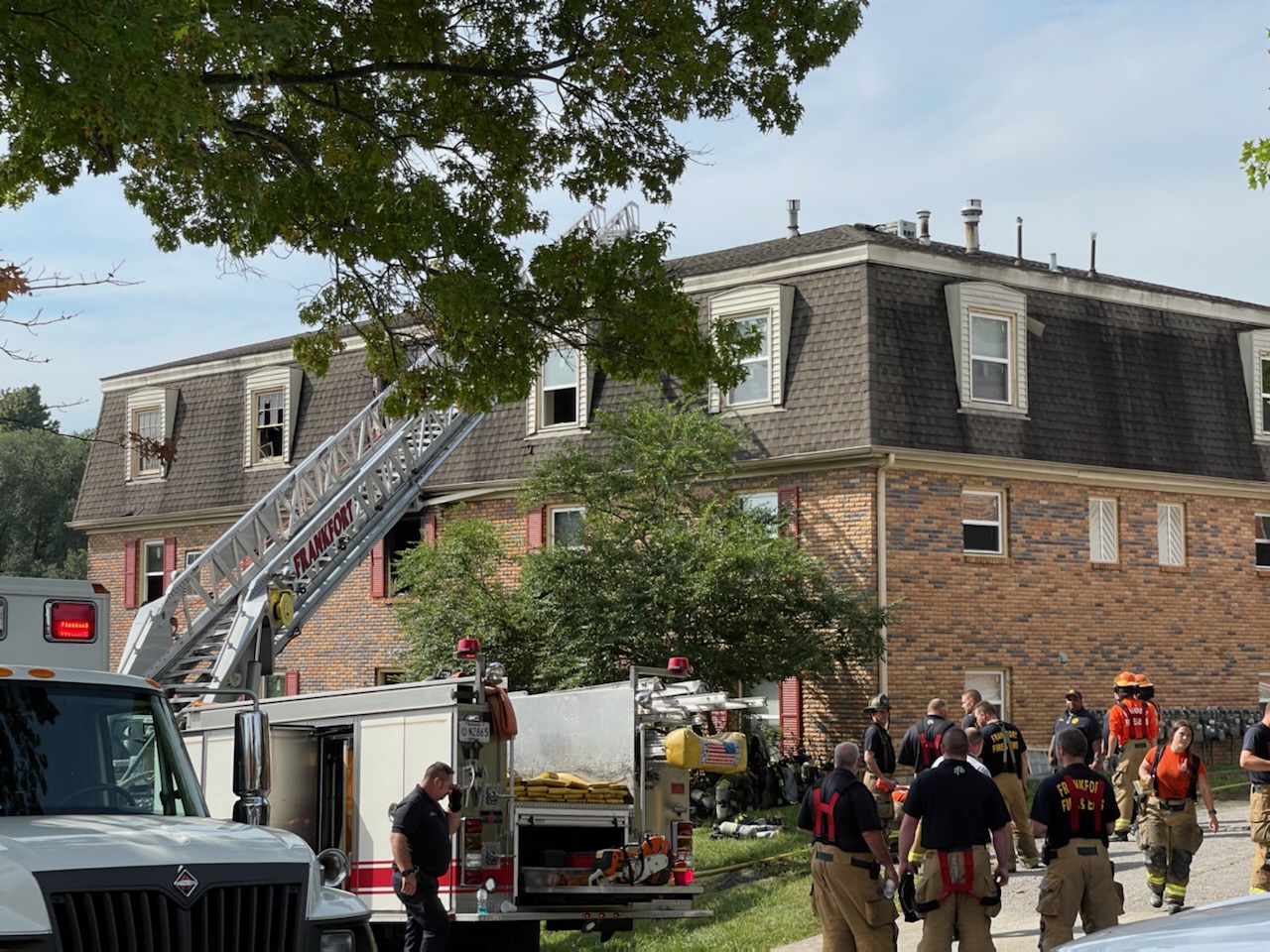 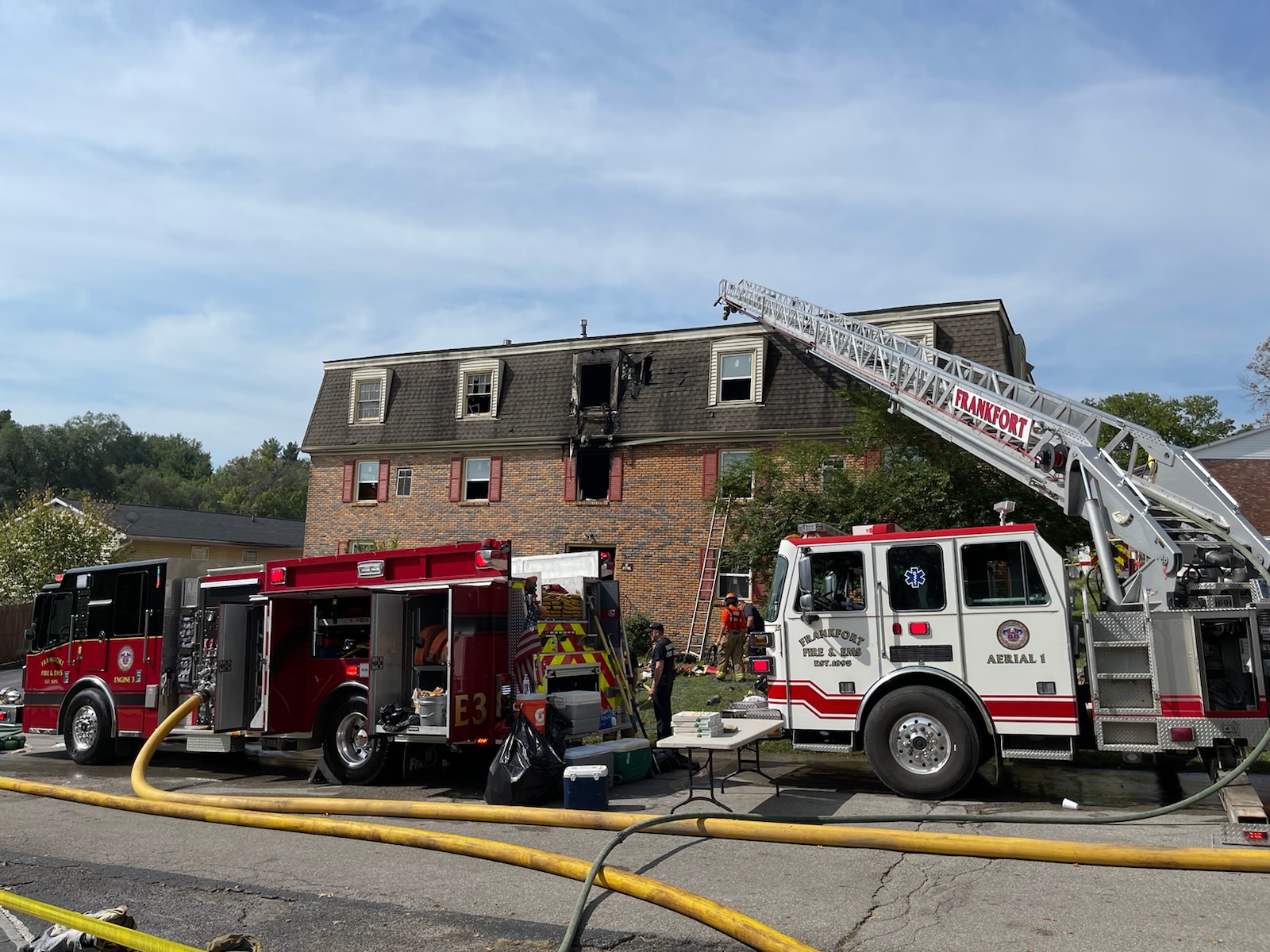