UPDATE (10:10 p.m.) – A missing four-year-old girl has been found safe, according to Nicholasville Police. No other details were released by police.

Investigators are asking people who live in the Squire Lake area who may have seen her or have home security camera video of the area to contact police at 859-887-5447.

Police say she was last seen wearing a blue jumpsuit and red shirt.  Her hair is braided with white beads. 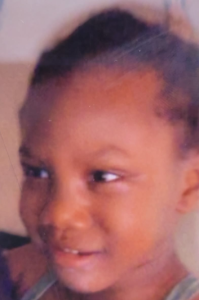