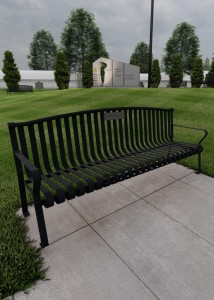 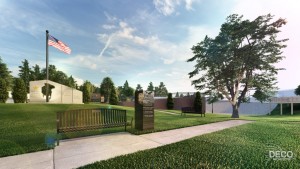 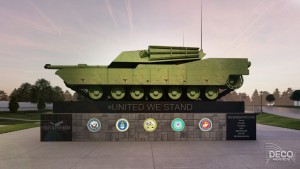 County dedicated to honoring local veterans and their service to their country.

Located at the corner of Oak and Main streets downtown, Veterans Memorial Park is a partnership between the City of Somerset and the Somerset-Pulaski Economic Development Authority (SPEDA).

The city owns the property, has paid demolition costs to remove the ailing housing units once located there, and will maintain the park once it is complete. SPEDA is raising money for construction costs through its 501(c)3 non-profit organization, the SPEDA Community Foundation.

SPEDA President and CEO Chris Girdler said the park’s significance is three-fold — not only will it be a fitting salute to local veterans, but it will beautify downtown and help with persistent drainage challenges by creating a stormwater retention system beneath the park.

“The city’s work created a blank slate for us to come in and raise the money to build a welcoming, inviting and functional space that honors our war heroes,” Girdler said. “We’ve had incredible fundraising success so far. First & Farmers National Bank’s commitment advances this project to the next level and we are so grateful for their support to help get it to the finish line.”

Money generated from luncheon ticket sales went toward the effort, in addition to funds raised during an auction at an accompanying private event. Since that time, the SPEDA Community Foundation has raised money for the project in a number of ways, including a 22-Push-Up Challenge that raised awareness about veteran suicide rates.

Participants were challenged to do 22 push-ups every day for 22 days and contribute $22 to the veterans’ park fund.

The park’s star attraction, as shown in detailed architectural renderings, will be a military tank set atop a platform adorned with the words “United We Stand,” emblems from all branches of military service as well as the First & Farmers logo. The park’s other features include a reflection area with a Gold Star Families Memorial Monument, and structures that pay tribute to local veterans who achieved success through their service.