MONTICELLO, Ky. (WTVQ) – A drug investigation by the Wayne County Sheriff’s Office led to two arrests and the seizure of drugs and cash, according to investigators.

On Tuesday, Deputy James Barnett executed a search warrant at a home on Boone Street in Monticello around 10:46 p.m.

Watson Howard, of Monticello, was arrested and charged with possession of a controlled substance-1st degree (methamphetamine), according to investigators.

Both were taken to the Wayne County Detention Center.

No photo was available for Watson Howard.

Deputy Barnett was assisted at the scene by Deputy Derek Dennis and Deputy Brad Tucker. 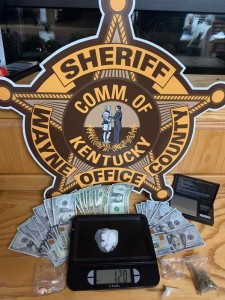