RICHMOND, Ky. (WTVQ) – A domestic violence call turns into a wild and scary night for a woman and three children, residents of a Richmond apartment complex, and officers and first responders before a man is finally taken into custody. 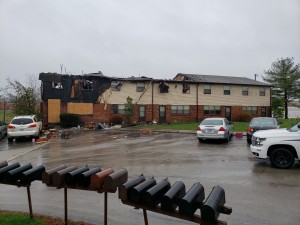 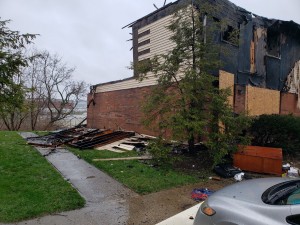 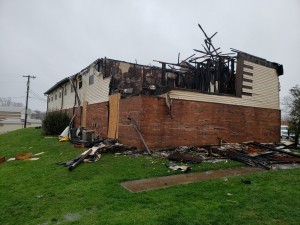 According to Richmond Police, just after 9 p.m. Saturday, officers responded to 737 North Third St. for a domestic dispute where an armed man, later identified as 30-year-old Logan Browning, of Richmond, was trying to smash his way into to his ex-girlfriend’s apartment.

Browning eventually forced his way into the residence and attacked the woman, removing a gun from her. The woman and her three small children managed to get away and flee the apartment as officers arrived, the department said in a statement.

Browning barricaded himself inside the apartment and “began firing shots out the windows forcing police to evacuate the building and surrounding apartments while he continued to shoot,” police described.

The Richmond Police Emergency Response Unit and Crisis negotiators were called to the scene and attempted to plea for his surrender. He refused and continued to threaten officers and fire shots, police continued.

After four hours of what police described as intense negotiations, Browning set fire to the upstairs part of the apartment and armed with a handgun, fled out the rear door where he was confronted by officers who demanded he drop his weapon. Officers eventually were able to take Browning into custody, according to police.

Browning was taken for medical treatment due to injuries he received while forcing his way into the residence.