JACKSON, Ky. (WTVQ) – Jackson Police say a credit card skimmer was found on a gas pump at a gas station in the community on Tuesday.

Investigators are not publicly releasing the name of the gas station.

Police shared advice on what to watch out for so you don’t fall victim to a credit card skimmer scam:

-Make sure the gas pump panel is closed and doesn’t show signs of tampering (many gas stations put security seals over the cabinet panel.  If the pump panel is opened, the label will read, “void.”

-Look at the card reader itself.  Does it look different than other readers at that station?

-Try to wiggle the card reader before you put in your card.  If it moves, report it to the attendant and use a different pump. 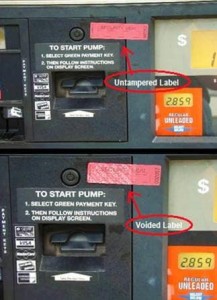