UPDATE (4/25/22) – After the Chabad house in Louisville was destroyed in a weekend fire, Rabbi Shlomo Litvin, the Director of Chabad of the Bluegrass and the UK Jewish Student Center, is responding.

In a social media post, Rabbi Litvin says in part, “While thankfully no one was seriously injured & the Torahs were rescued, the Sanctuary was utterly destroyed. My father spent the morning searching for anything salvageable.” 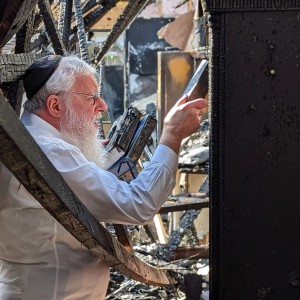 Litvin went on to say, “My parents dedicate their lives to the Jewish community of Kentucky. Over Pesach, over 250 people celebrated the Mitzvos of Seder & Matzah because of their work. Chabad is always there for everyone. Please consider being there for them in this time of need.” 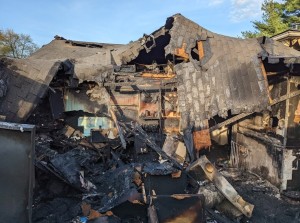 A fundraising effort is underway to help. You can donate HERE.

LOUISVILLE, KY. (ASSOCIATED PRESS/WDRB) – A Kentucky arson unit is investigating after a fire destroyed a Louisville synagogue and worship center on the final day of Passover.

Firefighters brought it under control, but it apparently rekindled around noon and the Chabad House caught fire.

No one was injured, but the sanctuary and nearly everything in it were destroyed.

Only the Torah scrolls were rescued.

Chabad of Kentucky does have a recovery fund set up. You can help by donating at the link below.