“We are so proud of these students. They are the epitome of our core values of caring, compassion and competency. This training has prepared them to be outstanding frontline healthcare providers,” stated Sharon Blair, practical nursing program coordinator.

Dr. Michele Dickens, dean of Campbellsville University’s School of Nursing, said, “I am so impressed by these students, not only because of their achievements, but how they lead and empower others through Christian servant leadership and promote health through innovative holistic care. The pinning ceremony gave us the opportunity to honor our students and welcome them into the profession of nursing.”

Dave Walters, associate vice president for regional administration, director, Conover Education Center, stated, “These students are now equipped and prepared to help fill an expanding void in the health care field. Many lives will be changed because of their commitment to healing and caring for all people. Campbellsville University is very proud of what they have and will accomplish as they follow the Lord’s will in their lives.”

Pinning ceremonies are historically reflective of Florence Nightingale, who would present medals of excellence to her brightest nursing students.

Florence Nightingale (1820 – 1910), known as “The Lady with the Lamp,” was a British nurse, social reformer and statistician best known as the founder of modern nursing. Her experiences during the Crimean War were foundational in her views about sanitation. She established St. Thomas’ Hospital and the Nightingale Training School for Nurses in 1860. Her efforts to reform healthcare significantly influenced the quality of care in the 19th and 20th centuries.

Morgan, class president, was the student speaker for the ceremony.

“Well class, we have come to the end of our long journey over the past year, and it’s not been easy to say the least,” Morgan said. “We’ve laughed, we’ve cried, and we’ve laughed until we cried. We’ve become less like classmates and more like family over the past 12 months. We have done what some will say is the impossible and the future is much brighter than the past.”

The ceremony recognized students who have completed the requirements for the Associate Degree in Nursing (ADN) program.

Morgan Miracle of Lancaster, Ky., who completed the ADN program and is enrolled in the Bachelor of Science in Nursing program, was the class speaker for the event.

“I know that I have felt God’s solid, gentle and guiding hand on me leading me on this journey, and I am so blessed that I have a Savior that I know is with me each and every day no matter what,” Miracle said. 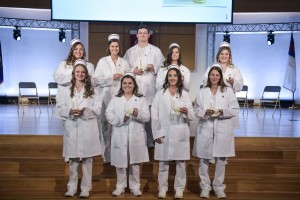 Campbellsville University-Harrodsburg honored its most recent graduates of the Allied Health Medical Assistant program on Dec. 16 in the Vivian Landrum Chapel.

The Medical Assistant certificate program at Campbellsville University-Harrodsburg can be completed in six to nine months. This is an intensive program that is fast-paced and features a high-quality pathway to becoming a certified medical assistant.

Job opportunities for medical assistants are expected to grow by a remarkable 23 percent in the next decade, according to the U.S. Bureau of Labor Statistics. That’s 17 percent more than other 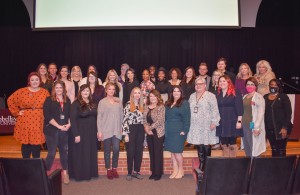 Campbellsville University held a pinning ceremony to recognize the achievement of over 331 graduates in the Cosmetology and Barbering programs recently in The Gheens Recital Hall.

Jason Roop, director of the Virginia Ponser Flanagan Technology Training Center, welcomed everyone to the ceremony and led the opening prayer.

“We are thoroughly invested in providing these certificate programs which allow you graduates to pursue the career that you love and are called to pursue,” Roop said. “We are here to celebrate your accomplishments.”

The cosmetology graduates are listed as follows:

The barbering graduates are listed as follows:

The graduates recognized as having perfect attendance were Amerilee Lowe, Olivia Moffit and Jade Teague.

At its pinning and hooding ceremony on Dec. 10 in The Gheens Recital Hall, Campbellsville University’s Carver School of Social Work recognized students for completing the Baccalaureate of Social 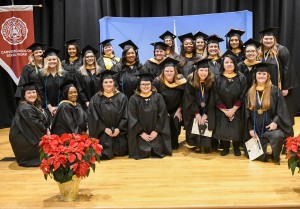 VanCleave said the candidates were elected by the society “on the basis of their scholarly achievements and interest in social work.”

“The highest honor one can receive in social work at the Carver School of Social Work is being extended to you now, because you are a proven candidate for initiation and have met all the requirements of this organization,” she said.

Campbellsville University’s School of Education held its pinning and hooding ceremony Dec. 10 at Campbellsville Baptist Church. Sydney Pinkham of Elizabethtown, Ky., the student speaker for the ceremony, told her fellow graduates, “I would like to challenge every graduate to think of one teacher that made an impact on their life.

“It is now our turn to be that teacher to our future students. It is our job to not just teach the curriculum, but to empower, to encourage, to believe in, to allow mistakes, to give fresh starts, and. most importantly, to love our students.

Pinkham said her and her classmates’ careers are educators will not be easy.

“There will be great days but there will also be hard days,” Pinkham said. “The endless smiles, hugs, stories and successes from our students will make it all worth it. Always remember, even on your toughest days, we have one of the most gratifying careers ahead of us.”

The pin the students receive is in the shape of a puzzle piece, which represents a piece of the School of Education Conceptual Framework that describes the education program.

Candidates for pinning were as follows:

Candidates for hooding were as follows:

Raquel Cunha, director of ESL, told her story of how she became involved with ESL. That story began in 2007 when Cunha, originally from Brazil, moved to Campbellsville, Ky.

“I was an ESL student just like you,” she said. “I did not speak any English and started studying English at the ESL Institute. I have great memories from ESL. I made many friends from around the world, and I enjoyed my time as an ESL student.

“It was sometimes frustrating for me because I could not understand my teachers and classmates, but my teachers were fantastic in how they helped me improve my English skills.”

Dr. Eduardo Trindade, director of the Master of Arts in Teaching English to Speakers of Other Languages (MA TESOL), arrived from London, England, in December 1987 to start ESL classes. He completed his Ph.D. this year.

“I could not understand a word of English back in ’87,” Trindade said. “Now, although I still have a foreign accent, English helped me reach quite a few goals in life.

“I know life can be full of surprises and difficulties. However, with commitment and the many blessings from God, we can all accomplish marvelous things.”

“Appreciate the complexity of life and continue to aspire for a better future for you and your community,” he said. “Think critically and creatively to become resourceful in times of uncertainty. Become a lifelong learner with a curious attitude, and you will enjoy life to the fullest.”

Trindade, Detherage and Parrish conducted the hooding of the candidates.