MT. STERLING, Ky. (WTVQ) — A Mt. Sterling, Ky., man, Larry A. Crump, 37, was sentenced to 234 months in prison on Friday, by Chief U.S. District Judge Danny C. Reeves, after previously pleading guilty to Hobbs Act Robbery, bank robbery, possession of a firearm in furtherance of a violent crime and being a convicted felon in possession of a firearm.

Under federal law, Crump must serve 85 percent of his prison sentence.  Upon his release from prison, he will be under the supervision of the U.S. Probation Office for five years.

This case was prosecuted as part of the Department of Justice’s “Project Safe Neighborhoods” Program (PSN), which is a nationwide, crime reduction strategy aimed at decreasing violent crime in communities.  It involves a comprehensive approach to public safety — one that includes investigating and prosecuting crimes, along with prevention and reentry efforts.  In the Eastern District of Kentucky, the United States Attorney coordinates PSN efforts in cooperation with various federal, state, and local law enforcement officials. 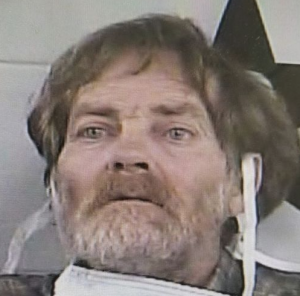 MT. STERLING, Ky. (WTVQ) – A 37-year-old man has leaded guilty to federal bank robbery charges and his uncle to conspiracy for hiding the money, according to federal prosecutors.

Crump also admitted to using a stolen firearm in the commission of the bank robbery and being a felon in possession of a firearm
The amount of money taken from Cash N Check was approximately $900 and the amount of money stolen from the Peoples’ Bank was approximately $37,000.  Law Enforcement agents recovered approximately $20,000 from the residence of his uncle, Garry R. Crump.
Larry Crump was on parole at the time of the crimes.
He faces up to 30 years in prison when he is sentenced in January 2022.
His uncle, 58-year-old Garry R. Crump pleaded guilty to accessory after the fact to bank robbery and making false statements for hiding the money from the bank robbery and lying to investigators for two days until investigators found the money on his property in Sharpsburg. Garry Crump faces three years in prison when he is sentenced in January 2022.
ORIGINAL STORY POSTED DEC. 7, 2020

MT. STERLING, Ky. (WTVQ) – Mt. Sterling Police have arrested the uncle of a bank robbery suspect and charged him with hiding much of the stolen money.

According to police, 57-year-old Garry R. Crump is charged with tampering with evidence, complicity to robbery and marijuana trafficking.

Crump is the uncle of 36-year-old robbery suspect Larry Crump, of Sharpsburg, and is accused of assisting his nephew by hiding a majority of the money at his residence in Sharpsburg, Ky., following the robbery.

That money was recovered and matched money that was reported stolen, police said in a social media post.

The investigation is ongoing and more arrest could be made, according to Mt. Sterling Police.

Georgetown Mounted Patrol Unit in danger of running out of funds

Your FEMA claim was denied. What does FEMA say to do next?