The pursuit began in Laurel County and ended in Scott County

Deputies with the Laurel County Sheriff’s Office say they tried to initiate a traffic stop on the West Cumberland Gap Parkway around 9:30 p.m. on Wednesday.  Deputies say the driver, Joshua Floyd, refused to stop and got on I-75 and headed north.

Investigators say during the chase, Floyd and his passenger, William McDowell, were throwing items out of the car, including a white powdery substance.

The chase finally ended when law enforcement successfully deployed stop sticks along I-64 in Scott County, which they say Floyd ran over.  Authorities say the car came to a stop in the median and that Floyd tried to escape on foot, but he was caught and placed under arrest.  McDowell was also arrested at the end of the chase, according to investigators.

McDowell was charged with Conspiracy to Traffic a Controlled Substance, according to investigators.

Both men were returned to Laurel County and put in jail in London, according to deputies. 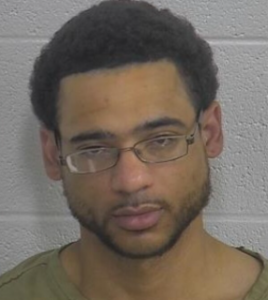