Area students chosen to perform in the 2022 Rose Parade

PASADENA, CA (WTVQ) – Three students from Fayette County and three from Bourbon County have been selected to perform  in the 2022 Rose Bowl Parade as part of the Bands of America Honor Band (BOA).

The six were chosen from thousands of students and will travel to California after Christmas to march in the parade on New Year’s Day.

Chosen for the prestigious national honor band include Sydney Peters (Dance) and Lacey Webber (Percussion), both seniors from Lafayette High School in Lexington under the direction of band director Dee Bishop.

Carson Kitts (Bass Clarinet), a senior from Henry Clay High School in Lexington where Bill Kite is the band director.

Students will spend a week in Southern California, where they will have rehearsals, performances at the Tournament of Roses Bandfest and Disneyland, special activities and a featured appearance in the famous parade broadcast worldwide. The 2022 Rose Parade presented by Honda begins at 8 AM on New Year’s Day and is themed “DREAM. BELIEVE. ACHIEVE.” The 5.5-mile parade will be televised worldwide through its broadcast partners. Magnificent floral floats, spirited marching bands and talented equestrian units anchor the traditional, two-hour spectacle along Pasadena’s famed Colorado Boulevard. Learn more about the parade and broadcast at tournamentofroses.com.

“To be selected for this opportunity is a once-in-a-lifetime experience for students, and a testimony to their excellence and achievements,” says director Richard Saucedo. “The Rose Parade® is one of our country’s national pageantry treasures. The 2022 Honor Band members are ambassadors of America’s scholastic music and arts programs, as well as their schools and communities. Congratulations to these students from the Central Kentucky area on this fantastic accomplishment and recognition.”

This will mark the fifth time Music for All’s Bands of America Honor Band has performed in the Tournament of Roses® Parade. The BOA Honor Band also performed in the Tournament of Roses® Parade in 2005, 2009 when it was a part of the President’s Award-winning entry created with NAMM and Sesame Street Workshop, 2013 and in 2017. Music for All sponsors and partners will play an important role in preparing the BOA Honor Band for their performances. Yamaha Corporation of America, MFA’s National Presenting Sponsor, will provide percussion and brass instruments. Fred J. Miller, Inc. (FJM) will outfit the members in custom uniforms designed by award-winning designer Michael Cesario, one of the nation’s leading pageantry visionaries. Music Travel Consultants, MFA’s Official Student Travel Partner, will manage the travel, housing and logistics for the band members and their families. 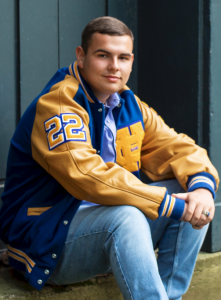 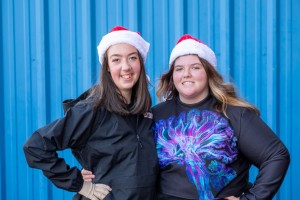 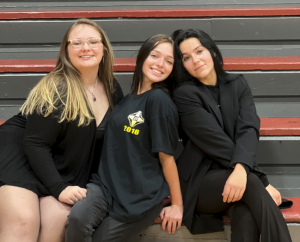 Lee and Hayley return to Kentucky mornings on ABC 36