Investigators say the call came in around 2:00 p.m. for an apartment building fire in the 400 block of Main Street. 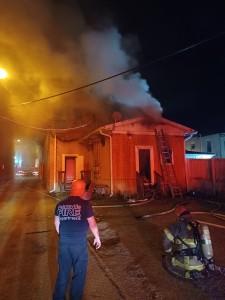