STINNETT, Ky. (WTVQ) – Nearly two dozen guns, drugs, cash and a convicted felon were seized after deputies executed a search warrant at the convict’s home on Glady Branch Road in the Stinnett community of Leslie County on Friday, according to the sheriff’s office.

The search warrant was executed around 12:20 a.m., according to investigators.

Investigators say 50-year old Robert “Mitchell” Morgan, of Stinnett, was arrested and taken to the Leslie County Detention Center on the following charges: 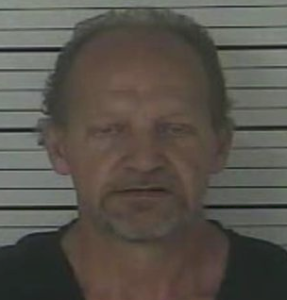 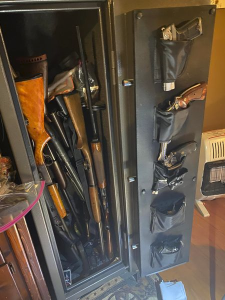 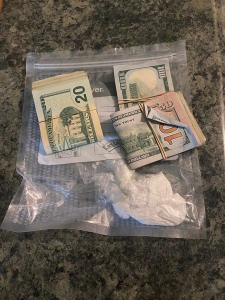