A powerful, long-lived line of high winds known as a derecho caused damage across Eastern Kentucky on June 29, 2012

EASTERN KENTUCKY (WTVQ) – On June 29, 2012, a widespread, long-lived wind storm known as a derecho moved more than 400 miles across parts of the Midwest, Ohio Valley, and Mid-Atlantic producing wind gusts as high as 80-100 mph. 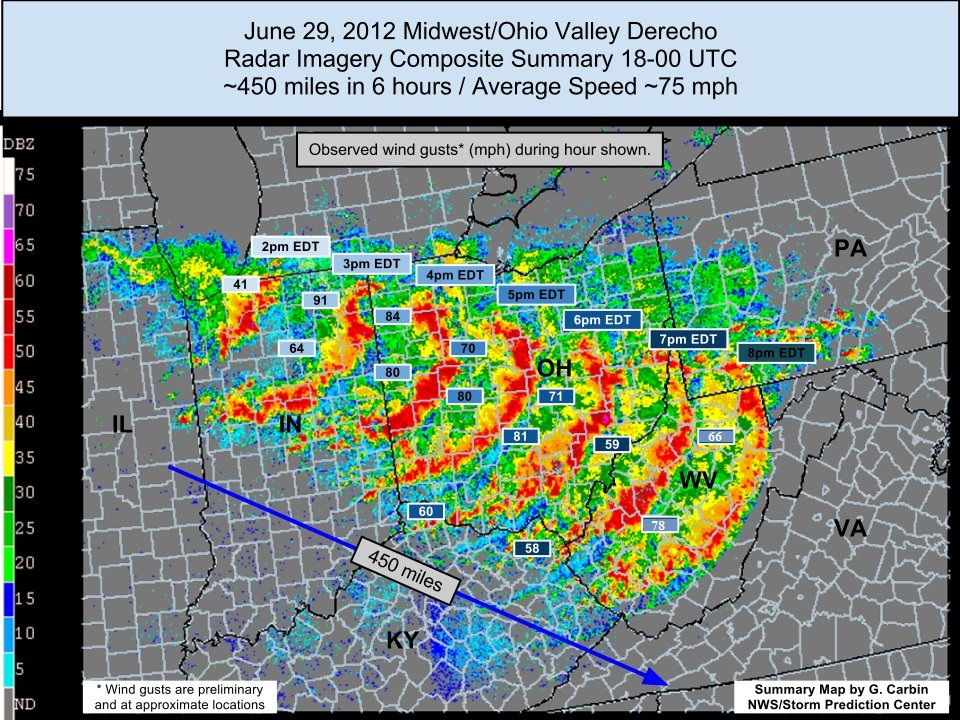 While most of Blue Grass State was spared from the worst of the wind storm, the tail end of the thunderstorm complex raced across Eastern Kentucky, producing significant damage, including dozens of reports of trees and power lines down. In Gallatin County, a staging set collapsed, and canopies were blown over at the Kentucky Speedway.

Even locations where the derecho didn’t hit directly experienced impacts from a gust front or boundary separating thunderstorm-cooled air from the surrounding air. There were reports of gusts as high as 68 mph due to the outflow boundary. Blowing dust from high wind was common as the front moved through, and downed power lines were responsible for a brief wildfire. 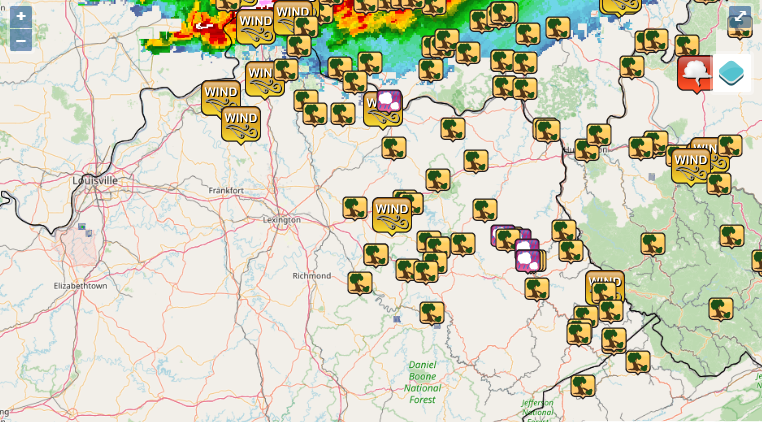 At one point, 63,800 Kentucky Power customers were without power. Damage was reported as far south as Irving to Hazard to Elkhorn City before the line diminished.

Derechos are rare but when they do occur are most common in the Ohio Valley during the summertime when plenty of warm, humid, and unstable air is in place for thunderstorm development. 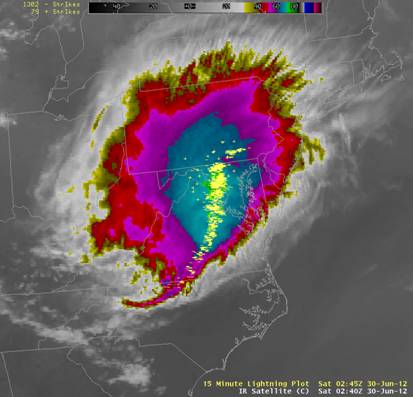 According to the National Weather Service, if the wind damage swath extends more than 240 miles and includes wind gusts of at least 58 mph or greater along most of its length, then the event may be classified as a derecho.

On Average, Kentucky experiences about one derecho per year.