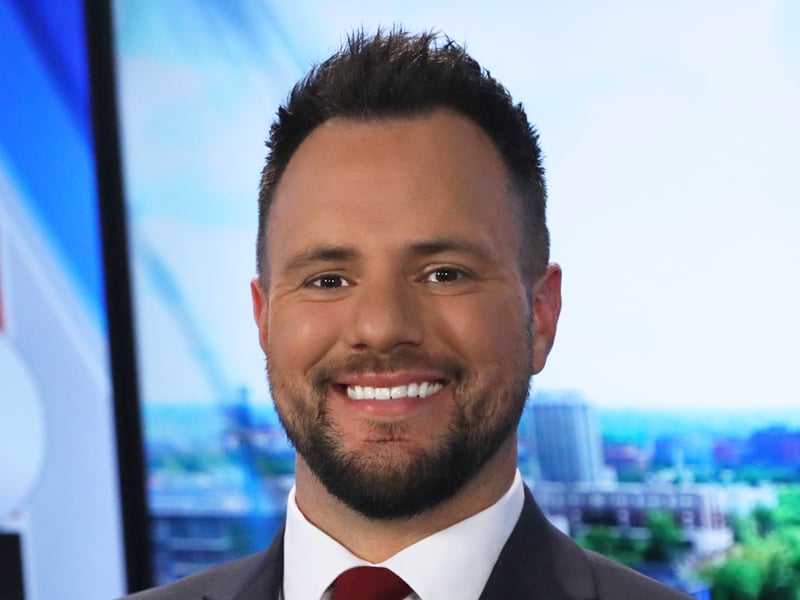 Paxton Boyd joined the ABC 36 team as an evening anchor in June 2022. The move marks a bit of a homecoming for Paxton, who was born in Elizabethtown and raised in nearby Vine Grove! You can watch Paxton on weekday evenings for news at 5, 5:30 and 6 alongside his co-anchor, Erica Bivens. He also solo anchors the 11 p.m. newscast Monday through Friday.

“Kentucky is and always will be home for me,” Paxton added. “I’m incredibly full of gratitude for the opportunity to return home and humbly serve the people of my home state.”

Prior to returning to the Bluegrass State, Paxton worked as a national correspondent for RT America in Washington, D.C. While in the nation’s capital, Paxton covered some of the most impactful stories in the United States, also focusing on international politics and foreign policy. One of his assignments included spending a week in Ottawa covering the Trucker Convoy Protests in Canada.

Before heading to D.C., Paxton was a news reporter at NBC 6 in Miami. Prior to that, he also worked as a news/sports anchor and reporter at stations in West Palm Beach, Florida; Mobile, Alabama; Yuma, Arizona; and Hazard, Kentucky.

Paxton is a graduate of Western Kentucky University with a bachelor’s degree in broadcast journalism and a minor in psychology. Despite being a Hilltopper, Paxton is a lifelong University of Kentucky sports fan and a diehard Cincinnati Bengals and Reds fan!

In his free time, Paxton enjoys spending time with his daughter Channing and his friends and family. He’s a fitness fanatic, so he loves hitting the gym, staying active and venturing outdoors! He also enjoys trying his hand at golf and traveling.

Serena's Legacy: Plenty of wins, plenty of stands on issues

Beshear: FEMA has to 'get it right' in response to flooding

Report: Parents plan to spend over $1,100 on back-to-school shopping

After serving Lexington for 14 years, Sav's restaurant closing its doors

HCA Healthcare pledges up to $400K for Kentucky flood relief