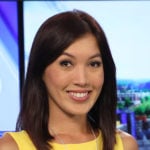 Assistant News Director Erica Bivens co-anchors alongside Paxton Boyd on weekday evenings for news at 5, 5:30 and 6. She first joined the ABC 36 family in December 2018 as the morning and noon anchor, additionally working as a web and social media content producer. Erica was named assistant news director in June 2022 and is now the executive producer.

Erica graduated in three and a half years from Michigan State University with a Bachelor’s degree in Broadcast Journalism and a specialization in Women, Gender and Social Justice.

Although she hails from Michigan, Erica has worked in the U.S. Virgin Islands as an anchor/reporter covering all types of news – even providing live reports for The Weather Channel during her first hurricane. She then moved to Lake Charles, Louisiana as the weekend anchor at KPLC. Erica comes to Lexington from Huntington, West Virginia, where she was a weekday evening co-anchor covering the tri-states of Ohio and Kentucky as well.

Some of her favorite hobbies include running, reading, hiking, spending time with her husband and taking pictures of their furbabies. Erica is active in the community, serving as an ambassador for The Nest – Center for Women, Children and Families. She also frequently volunteers as an emcee for countless events in Central Kentucky.

She hopes you can connect with her on Facebook: EricaBivensTV and on Twitter: @ericabivens or Instagram: erica.bivens. You can also email her at ebivens@wtvq.com. Please send all event inquiries via email. Erica enjoys exploring and always looks forward to meeting viewers!

Oil-well driller gets 4 years in prison for investor scam

UPDATE: One lane back open on US 460 after rockslide

‘Kentuckians Vote for Animals’ announces rally at the State Capitol