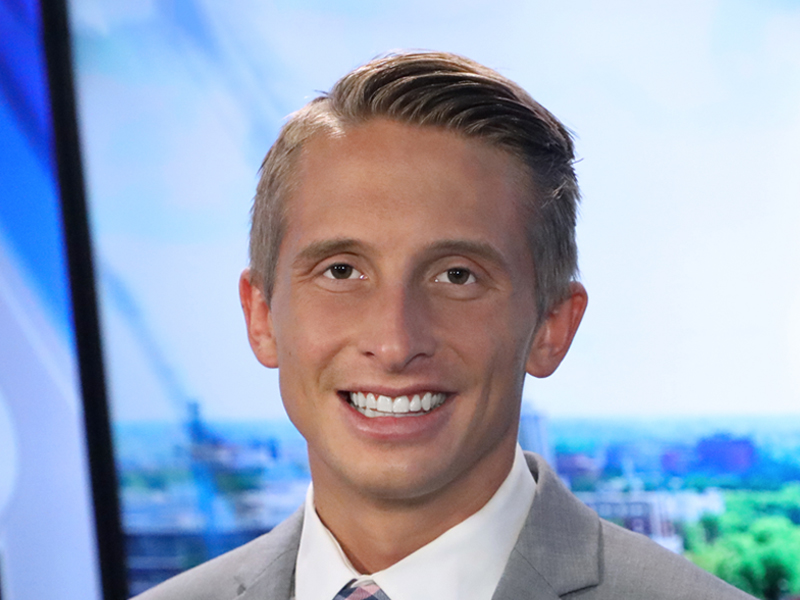 Chad Crilley joined the ABC 36 Storm Team in 2022 as our weekend weather forecaster. Chad is originally from San Diego, California, where he was born and raised but most recently worked in Columbia, Missouri, forecasting weather for KRCG 13. Chad brings plenty of weather experience, including covering severe weather outbreaks, flash floods, major winter storms, and Southern California’s wind-driven fires. He also brings a life-changing story from Joplin, Missouri’s EF5 tornado in 2011 to the ABC 36 family.

Chad has had a passion for weather since he was five years old.

When Chad was eleven, he emailed several meteorologists across the Midwest asking to shadow them during severe weather season. After making arrangements with the Chief Meteorologist at KOAM-TV in Joplin, Missouri, Chad and his mother landed in Joplin on the afternoon of May 22, 2011. That evening, a devastating EF5 tornado ripped through the city, just missing the restaurant where he and his mom sat having dinner. Tragically the tornado took the lives of 158 people. Chad reported firsthand the aftermath of the historic twister and sent his coverage to local news affiliates in San Diego, where it aired. During his visit to Joplin, Chad realized his passion for meteorology could be used to help protect life in the face of deadly weather.

When Chad is not in front of the green screen, he can be found staying active through his love of running, hiking, swimming, and participating in anything outdoors.

Chad is thrilled to be working in the Bluegrass State and provide accurate weather coverage, especially during inclement conditions, for Central and Eastern Kentucky on ABC 36.

Heavy rain ends; some drier weather for the weekend

Dangerous flooding possible this week in central and eastern Kentucky

On and off showers and thunderstorms possible all week

Wet start to the week, but drier and warmer weather around the corner

Despite recent rain, much of Kentucky still feeling the impacts of drought-like conditions

Sunshine and comfortable weather return to close out the weekend

Comfortable weather to give way to another week of heat

Strong storms possible in Central and Eastern Kentucky through Wednesday